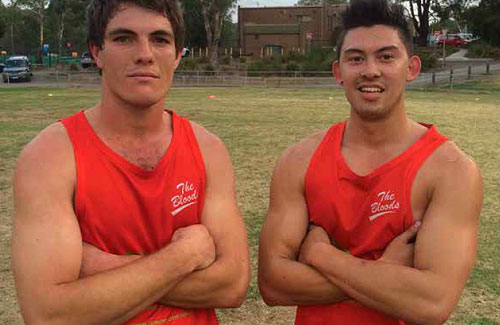 THE excitement is building at Warrandyte Football Club as the Bloods gear up in preparation for the 2014 Eastern Football League season.

Disruptions due to the redevelopment of the club facilities will mean a string of away matches to start the year, with the club’s first game scheduled for Saturday April 5 against Silvan.

The Bloods will continue to develop and nurture young local talent, with most of the 2013 list returning for another run. In addition, some key positions have been filled by some new recruits who are sure to make an impact in Division 4.

First-year president Steve Bell is enthusiastic about the direction the club is headed.

“It has been an outstanding pre-season and I cannot praise Michael Tout and his coaching staff’s commitment over the summer enough,” he said.

“We have all worked so hard on and off the field to attract over 20 new players to the club, at least 15 new sponsors and continue to build a positive culture. It has been great to see so many new faces at the club and fit in so well with the team.”

The enthusiasm is obvious within both the playing group and coaching departments – no doubt helped along by the regular presence of North Melbourne legend and Warrandyte local Glenn Archer who will take on an assistant coaching (and playing) role this year.

With the opening of the new facilities due for mid season, the future is looking bright for the Bloods.

(Top) Ready to rumble: New Bloods recruits Lewis Oliver and Steve Harris are all set for a big 2014.